Jan 9 – China makes public the genome of the coronavirus

Oct – Whistleblower Wei Jingsheng claims China deliberately spread Covid at The World Military Games in Wuhan in October, two months before the rest of the world knew about the virus

Oct – Xi Jinping’s authoritarian regime tried desperately to shut down whistle-blowers like Mr Jingsheng. Any references made in social media about a new SARS virus or ‘outbreak’ were censored

Nov 10 – Milanese woman has a skin biopsy, producing a sample which later shows signs of the virus

Dec – Doctors in China, including Li Wenliang, report existance of new type of respiratory infection. But Chinese police arrested him and eight of his colleagues for questioning – instead of publicising reports and warning public

Dec 1 – Chinese researchers report an infection on this date in a peer-reviewed study, but it has not been acknowledged by Beijing

Dec 26 – Samples analysed suggested a new type of SARS was circulating as early as December 26, but Wuhan was not locked down until January 22

Jan 3 – Covid-19 infections begin sweeping across other nations including the U.S. as the WHO labelled the outbreak a Public Health Emergency of International Concern

August 2021: The world’s first Covid-19 patient may have been infected by a bat while working for a Wuhan lab in China, WHO chief Dr Peter Embarek said

August: A damning report by Republicans in the US claims coronavirus leaked from the Wuhan Institute of Virology, shortly after the facility tried to improve air safety and waste treatment systems 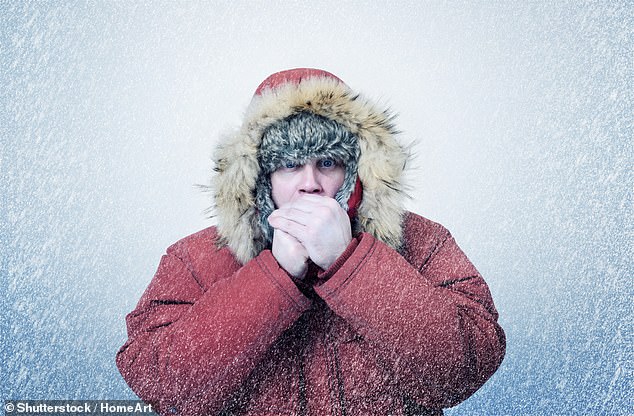 DR ELLIE CANNON: Why am I so cold, even when I’m inside with the heat on?

Merck’s antiviral COVID-19 pill can reduce risk of death from the virus by 30%, study finds