The U.S. women’s national team will kick off their Olympic group stage on Tuesday July 21 against Sweden. Their road to gold features a 22 player roster that holds a mix of veteran experience at the international level, and first time Olympians with strong ties to the National Women’s Soccer League, America’s home for domestic club soccer.

The International Olympic Committee recently made adjustment to roster rules for the women’s soccer competition in light of the on-going coronavirus pandemic, extending national team squads from 18 players to 22. Previous rules allowed teams to name four alternates who could only be used as replacements for injured players, and players who were replaced were no longer allowed to play in the tournament. The new rule adjustment allows teams more flexibility to interchange game day lineups, providing the option to use all 22 players over the course of the tournament. That said, teams will still be limited to 18-player team sheets, with 11 starters and seven substitutes for each match.

USWNT head coach Vlatko Andonovski now has an expanded roster to choose from as the team looks ahead to their opponents in group G where they will face Australia, New Zealand, and Sweden. Let’s take a closer look at the Olympians for the USWNT, and where and how they’ll line up.

Adrianna Franch (Portland Thorns FC)
Franch was a member of the 2019 World Cup squad but will be participating in her first Olympics. She is a decorated club keeper with the Portland Thorns winning an NWSL championship, NWSL Shield, and is two time NWSL goalkeeper of the year, and recently helped Portland lift the 2021 Challenge Cup.

Jane Campbell (Houston Dash)
Campbell was initially named as an alternate to the Olympic roster, but joins the team now as a member of the full roster. Campbell recently won the 2020 Challenge Cup championship with Houston, shining under an unusually bright spotlight when NWSL became the first pro league contact sport to return to play during the pandemic.

Abby Dahlkemper (Manchester City)
Dahlkemper is making her Olympic debut with the USWNT after being a member of the 2019 World Cup squad. Prior to her current contract with Manchester City, Dahlkemper was a key player with the North Carolina Courage. She’s won three NWSL championships in the league, and three NWSL shield’s with the Courage.

Tierna Davidson (Chicago Red Stars)
At 22 years old, Davidson is the youngest defender on the roster and another first time Olympian with the USWNT. Drafted number one out of Stanford at the age of 20 during the 2019 NWSL Draft, Davidson went on to be a member of the 2019 World Cup squad and has featured as a starting defender with the Red Stars over her last two NWSL seasons and the Fall Series.

Crystal Dunn (Portland Thorns FC)
Dunn is one of the biggest stars in world soccer. She has become an irreplaceable player at outside back for the USWNT and will play in her second Olympics for the national team, but her first as a defender. Outside of the USWNT, Dunn is a prolific attacker and she won the NWSL golden boot and MVP in 2015 after being left off the 2015 World Cup roster, forcing herself  into the 2016 Olympic squad. She was a member of the 2019 champion World Cup team, solidifying her position there as the first choice left back. Currently a member of the Thorns, Dunn won back-to-back championships and NWSL shield’s in her time with North Carolina Courage.

Kelley O’Hara (Washington Spirit)
O’Hara is one of the more experienced players among the defenders and will participate in her third Olympics with the USWNT. She’s represented Team USA during the 2012 and 2016 Olympics and is a two time World Cup champion with the 2015 and 2019 squads. She’s another lock at outside back for the national team, and is currently in her first season with Washington Spirit after playing with former NWSL clubs Utah Royals FC and Sky Blue FC. Look for her to lock down the right side of the team’s defense.

Becky Sauerbrunn (Portland Thorns FC)
Sauerbrunn is the team captain and another veteran presence in the center of the backline as she enters her third Olympics with the USWNT. She represented the USWNT during the 2012 and 2016 Olympics and was a member of the 2015 and 2019 World Cup champion teams. Sauerbrunn has won two NWSL championships, and is currently a member of the Portland Thorns. She doesn’t score many goals…but it’s because she chooses not to.

Emily Sonnett (Washington Spirit)
Sonnett was the overall number one pick in the NWSL draft in 2016. She was named to the full roster for the Tokyo Olympics after being named an alternate in 2016. She won an NWSL shield and NWSL championship with the Portland Thorns before moving to the Washington Spirit before the 2021 season..

Casey Krueger (Chicago Red Stars)
Krueger joins the full Olympic roster to provide cover at fullback after being named as an alternate for the Tokyo games. Drafted into the NWSL in 2013, Krueger has been a regular starter for Chicago Red Stars since 2016 and has featured in USWNT camps since. Krueger is another player who has responded to narrowly missing international competitions by taking it out on the competition. She was named to every NWSL team of the month in 2019 after being left off the World Cup roster that year.

Julie Ertz (Chicago Red Stars)
Ertz will be making her second Olympic appearance for the USWNT after participating in the 2016 summer games. Drafted by Chicago Red Stars in 2014, Ertz has not only been a regular starter for her club but made an immediate impact on the international stage as part of the USWNT 2015 and 2019 World Cup champion teams. Though she started out her international career as a defender she’s settled in at the base of the U.S.A midfield on this team. There are question marks around her fitness after Ertz suffered a MCL sprain in May, but the midfielder has been integral to the national team and if she can get fully healthy in time is still an important option for Tokyo.

Lindsey Horan (Portland Thorns FC)
Horan will represent the national team in her second Olympics after featuring in the 2016 Rio games. She was signed by the Portland Thorns in 2016 via Paris Saint-Germain and has won the NWSL shield and NWSL championship with the team. In 2018 she was named NWSL MVP and was part of the 2019 World Cup roster. Although she is naturally a more attacking player, Horan has been slotting into the defensive midfield role during USWNT matches as Ertz has been making her way back from injury.

Rose Lavelle (OL Reign)
Lavelle will represent the national team in her first ever Olympics. Drafted by the Boston Breakers in 2017, the midfielder is currently playing with OL Reign after a trade from Washington Spirit and a short stint overseas with Manchester City. She was a part of the 2019 World cup team and was the bronze ball winner in the competition.

Want more coverage of women’s soccer? Listen below and make sure to follow Attacking Third, A Tri-weekly CBS Soccer Podcast devoted to bringing you everything you need to know from the NWSL and around the globe.

Kristie Mewis (Houston Dash)
Kristie, the older of two Mewis sisters, will feature in her first Olympic games after a six year absence from the senior women’s national team. A 2020 Challenge Cup championship and impressive club play with Houston paved the way back into the national team with manager Andonovski at the helm. He has kept her as a regular in USWNT camps over the last year making her selection less surprising than it might have otherwise been. Also, crucially, the Mewis sisters make beer.

Samantha Mewis (North Carolina Courage)
The younger of the Mewis sisters, the 6 foot midfielder is force on the pitch and is making her first appearance on the full Olympic roster after being named an alternate back in 2016 for the Rio games. After a brief transfer with Manchester City alongside Lavelle, Mewis is back with her NWSL club North Carolina Courage. She’s won three NWSL championships in the league and three shield’s with North Carolina and was named 2020 U.S. soccer female player of the year.

Catarina Macario (Olympique Lyon)
The youngest player on the roster at 21 years old, Macario will feature in her first Olympic games for the national team after initially being named as an alternate. The Brazilian-American signed a three year contract overseas with Olympique Lyon ahead of the 2021 NWSL draft, and has been part of national team camps over the last year while getting regular starts and scoring goals in Lyon with one of Europe’s biggest club sides.

Tobin Heath (Unattached)
Heath is representing the national team for the fourth time as the Tokyo games approach despite being in the relatively rare position of not currently having a club team. The 33 year old forward only recently made her way back to the pitch after sustaining an ankle injury in January while with Manchester United. She was a member of the 2019 World Cup team and appears to be in top form after scoring in her first appearance back with the team just 52 seconds after subbing into a match against Mexico during the USWNT’s send-off series.

Carli Lloyd (NJ/NY Gotham FC)
The 39-year-old Lloyd is also making her fourth Olympic appearance for the national team and leads the team with most Olympic goals ever scored with eight. She was a member of the World Cup winning 2015 and 2019 teams and is the oldest American women’s soccer Olympian ever. She has won gold with the team during the 2008 and 2012 Olympic games scoring goals in the respective gold medal games.

Alex Morgan (Orlando Pride)
Morgan will feature in her third Olympic games for the national team and also brings massive tournament experience. She scored the dramatic late game stoppage time goal against Canada in extra time during the 2012 Olympic semifinal. Morgan has worked her way back from pregnancy after the birth of her daughter Charlie, and went on a four game scoring streak with her NWSL club Orlando Pride as the regular season kicked off in May. She was a part of the 2015 and 2019 World Cup champion teams.

Christen Press (Unattached)
Like Heath, Press makes the World Cup squad despite not currently playing for a club, after leaving Manchester United. Press enters her second Olympic games with the national team after representing in the 2016 Rio games. A two time World Cup champion in 2015 and 2019, the versatile forward can play all along the top line. She is arguably the most in form striker ahead of the Tokyo games, and has been involved in 37 goals over her last 37 appearances for the national team.

Megan Rapinoe (OL Reign)
Nobody is more iconic than winger Megan Rapinoe. She will represent the national team for the third time after featuring in the 2012 and 2016 games. The 36-year-old forward was obviously a key member of the 2015 and 2019 World Cup teams and was the Ballon d’Or winner for 2019. She’s very famous and has done stuff like hosting the ESPY awards and get named Sports Illustrated Sportsperson of the Year.

Lynn Williams (North Carolina Courage)
Initially named an alternate, Williams will a make her first Olympic appearance with the national team. Williams has won three NWSL championships in the league and three shield’s with North Carolina. She was golden boot winner and named MVP in 2016 with Western New York Flash. She has featured in consistent national team camps under Andonovski’s reign, and has put in solid performances in the current system under the new head coach.

How the U.S. Women's Gymnastics Team Powered Past the Sexual Abuse Scandal That Shattered Their Sport - E! Online 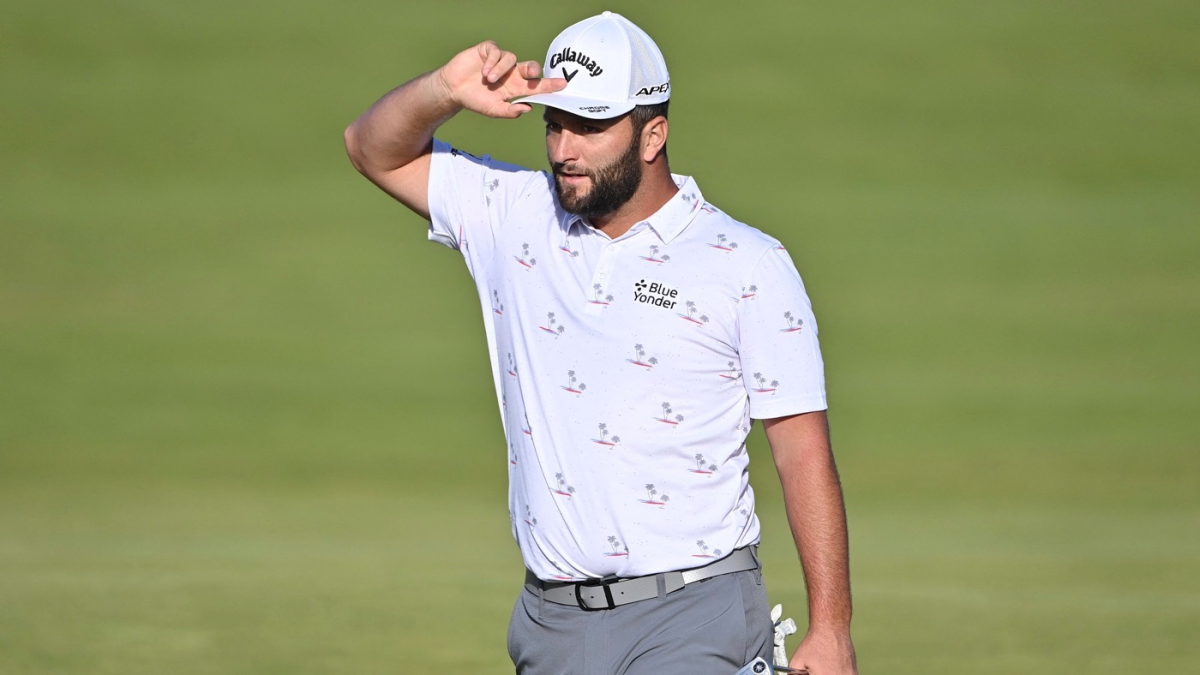 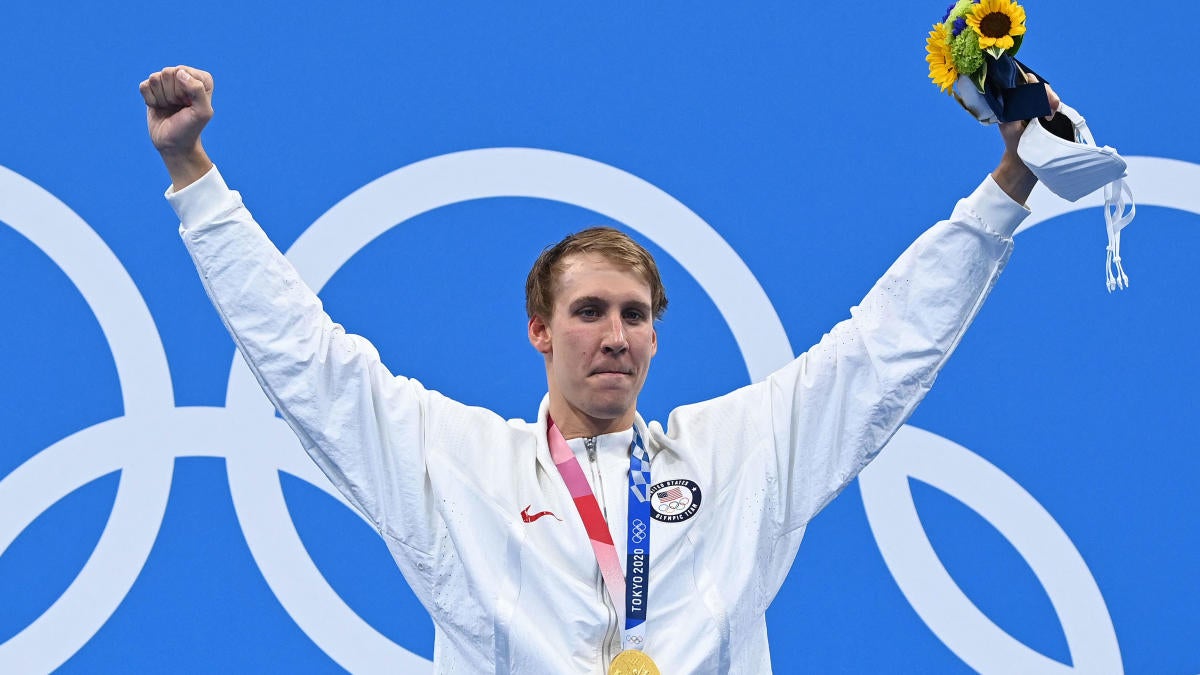 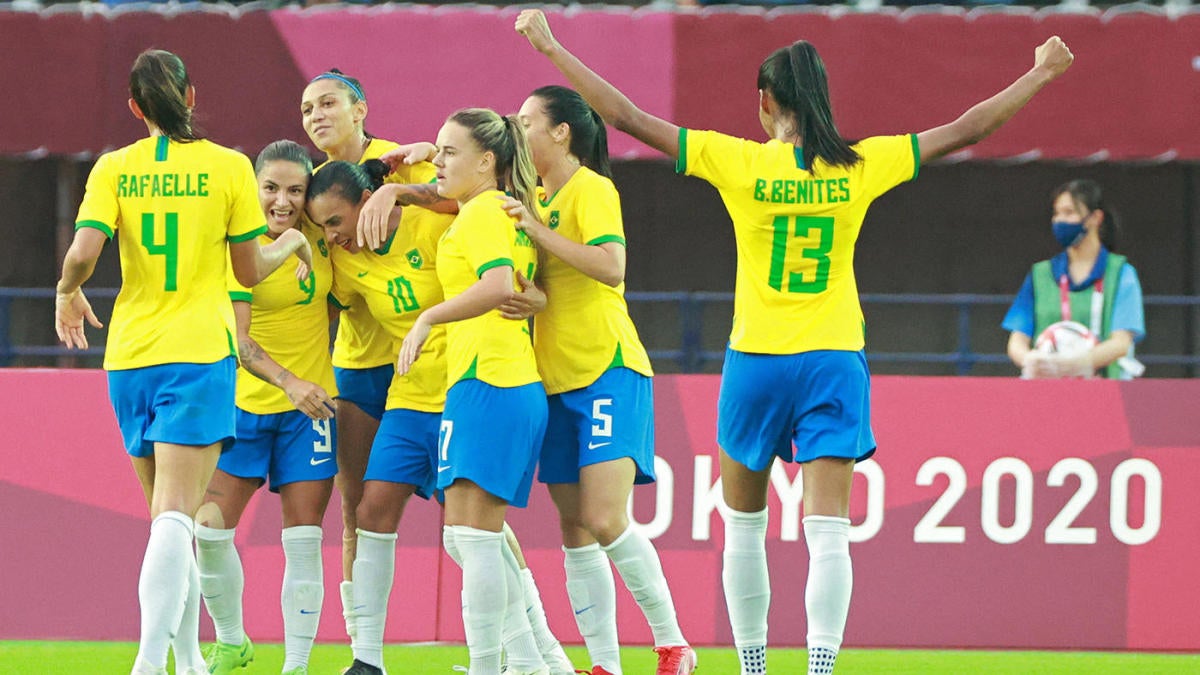 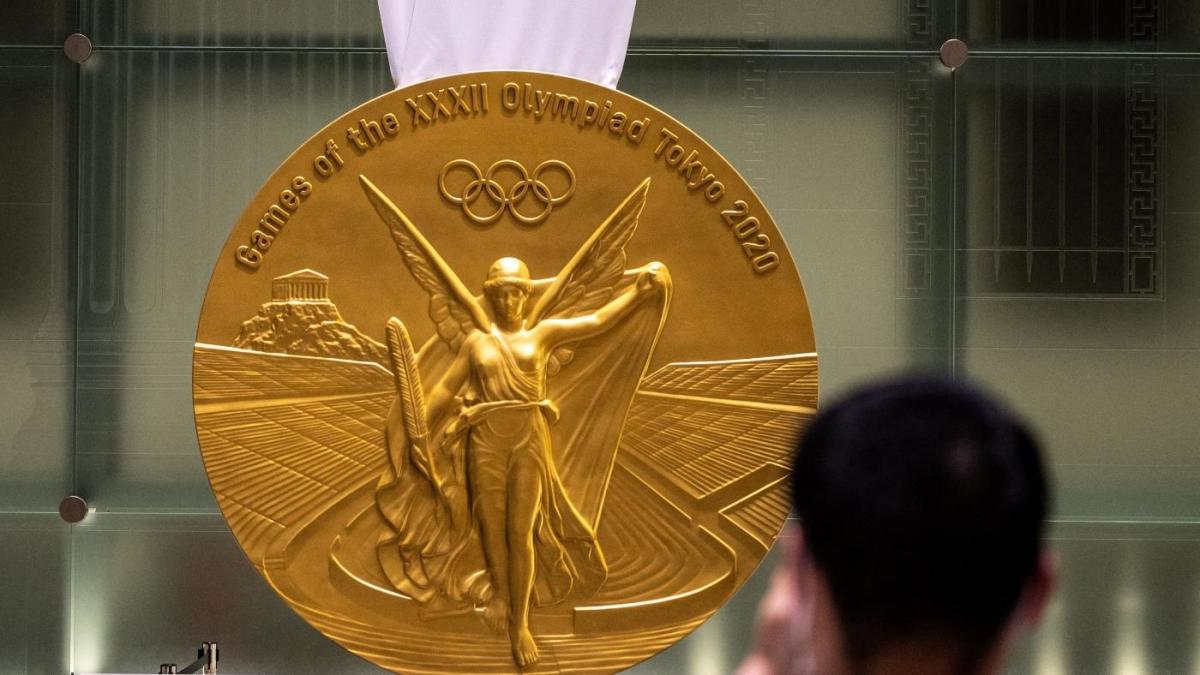