With two teams in the top 10 teams taking losses on Saturday, the new college football rankings will surely reflect a new pecking order that includes Oregon and Iowa making their case as College Football Playoff contenders. Though the AP Top 25 does not come out until Sunday afternoon, CBS Sports is here to take a crack at how we expect it to look.

Iowa entered the weekend ranked 10th, facing ninth-ranked Iowa State as an underdog in an unprecedented heavyweight battle for the Cy-Hawk Trophy. The Hawkeyes dominated defensively and cruised to a 27-17 win, which is sure to lead to a second-straight week of major moves in the polls. The twists and turns of Week 2 have included Iowa emerging as one of the real contenders to win the Big Ten, especially given the performance from Ohio State in a loss to Oregon.

For the Ducks, beating the Buckeyes as a double-digit underdog in Columbus, Ohio, should lead to a jump from outside the top 10 into the top five. Oregon pushed Ohio State around at the line of scrimmage. While quarterback C.J. Stroud and the OSU offense put up a lot of yards in the box score, they were still a score short of defending home turf and securing a win.

Oregon and Iow are your big movers up within the top 15, but there is likely a floor for how far Ohio State and even Iowa State fall after the losses. Both the Buckeyes and Cyclones are still candidates to win their respective conferences after their results, and that can’t be said with some of the other teams behind them in the rankings.

Here’s how we think the new AP Top 25 will look on Sunday after Week 2.

1. Alabama (Last week — 1): Perhaps a lookahead spot could be the reason for a slow start but the Crimson Tide never were in doubt of losing in a 48-14 win against Mercer.

2. Georgia (2): No JT Daniels? No problem for the Bulldogs, which started Stetson Bennett and still cruised to a 56-7 win against UAB.

3. Oklahoma (4): This was supposed to be the home opener before the Tulane game got relocated, and the result was closer to what fans expected from an Oklahoma home opener. Spencer Rattler threw for five touchdowns and Oklahoma won 76-0 over Western Carolina.

4. Texas A&M (5): It took 57 minutes of game time before Texas A&M held the lead at Colorado, but in that time, we saw the Aggies lose their starting quarterback to injury, the defense keep the game within reach and Zach Calzada mature in the midst of being thrown to the fire as he led the offense down the field into scoring position multiple times. It’s possible that Texas A&M is jumped by Oregon, but I’m going to guess that holding on for a win away from home keeps Texas A&M just one spot behind Oklahoma in the pecking order.

5. Oregon (12): There will be Oregon fans looking for a No. 3 or No. 4 ranking the Ohio State win on the road, especially given the Ducks handed the Buckeyes their first home loss in four years and gave Ryan Day the first regular-season loss of his head coaching career. Ultimately, Texas A&M’s built in reputation with the pollsters make it tougher to jump into the top four, but this is still the most notable team in the new AP Top 25 rankings on Sunday.

6. Iowa (10): There’s an argument for the Hawkeyes, like the Ducks, to challenge for a top-five spot after not only winning against a top-10 opponent but doing so on the road.

7. Clemson (6): The Tigers bounced back from the opening weekend loss against Georgia with a routine 46-point win against FCS South Carolina State.

8. Cincinnati (7): After a slow start against Murray State, the Bearcats pulled away for a 42-7 win.

9. Notre Dame (8): One of the most thrilling games of the day was one of the most unexpected in terms of must-see TV, and college football fans were sent scrambling for a stream as Toledo pushed Notre Dame to the brink. The Fighting Irish held on for a narrow win, but the inability to control the game with a rushing attack has to be a concern for Brian Kelly, Tommy Rees and the rest of the offensive staff moving forward.

10. Penn State (11): Strong pace, solid execution and jumping ahead early allowed Penn State to avoid any kind of trap game scenario following the Wisconsin win with a visit from Auburn coming up in Week 2.

11. Ohio State (3): There’s a real disconnect when the same performance that ranks among the best ever for Ohio State freshman quarterbacks also has the fans calling a look at the backups like it did for Stroud in the loss against Oregon. The Buckeyes have a lot of room for development before they are the title contender so many expected, but they are still one of the 10 or 15 best teams in the country.

12. Florida (13): Dan Mullen says Emory Jones is still the starting quarterback, but Anthony Richardson’s explosive plays and game-breaking touchdowns continue to make that a more difficult conversation in advance of next week’s SEC on CBS showdown with Alabama.

13. Iowa State (9): It’s possible that Iowa State falls much closer to No. 20 than I am projecting, but the basis of my projection is the noticeable tiers in voting points around the top 15 and how the Cyclones might not be penalized for losing to a top-10 team in the same way we saw Clemson and Miami benefit for a quality loss in the rankings.

15. Coastal Carolina (17): The Chanticleers rolled through Kansas for a third-straight win against the Jayhawks, 49-22.

16. Wisconsin (18): The Badgers faced little resistance from Eastern Michigan in a good bounce back win following the Week 1 defeat against Penn State.

17. Virginia Tech (19): Middle Tennessee hung around for the first half, but eventually, the Hokies pulled away with solid defense and a balanced offensive attack. Up next, things get interesting with a showdown at West Virginia.

18. Ole Miss (20): A five-touchdown performance for Matt Corral will make for a nice contribution to his season totals in what was a mostly stress-free win against Austin Peay.

19. Miami (22): Facing an 0-2 start in the fourth quarter against Appalachian State, Miami was able to mount a 10-play scoring drive that ended in a go-ahead field goal with 2:04 left in the game. While Miami’s win was unspectacular at time, the Hurricanes were effective when they needed to be to secure the win.

20. Arizona State (23): The Sun Devils handled business and met expectations in a win against UNLV.

22. Auburn (25): The Tigers rolled up 364 rushing yards at 9.3 per attempt against Alabama State in a 62-0 win. We didn’t learn much about Auburn in the win, but there’s also nothing to suggest it should lose its spot in the top 25. A top 25 game against Penn State is in the cards next week.

23. Michigan (NR): While the Wolverines don’t have any wins against ranked opponents, they are certainly imposing their style of play on every team they’ve played through two weeks. A heavy dose of the ground game worked even in the absence of star wide receiver Ronnie Bell and should lead to an AP Top 25 appearance on Sunday.

24. Arkansas (NR): While a late push was required to win handily against Rice in Week 1, it was a wire-to-wire dominance against Texas this Saturday that shows Arky exceeding expectations in 2020 was not a fluke. Sam Pittman has left a positive impact on this program, and the Razorbacks are not going to be an easy out for anyone in the SEC West.

25. BYU (NR): The Cougars were not on the radar for many AP voters after beating Arizona in Week 1, but two wins against Pac-12 opponents — including a 26-17 over ranked Utah to snap a Holy War losing streak — could garner more attention for these final spots in the 20s among 2-0 teams.

Hack of Texas GOP website on 9/11 ‘made my day,’ ex-Biden-Obama adviser says 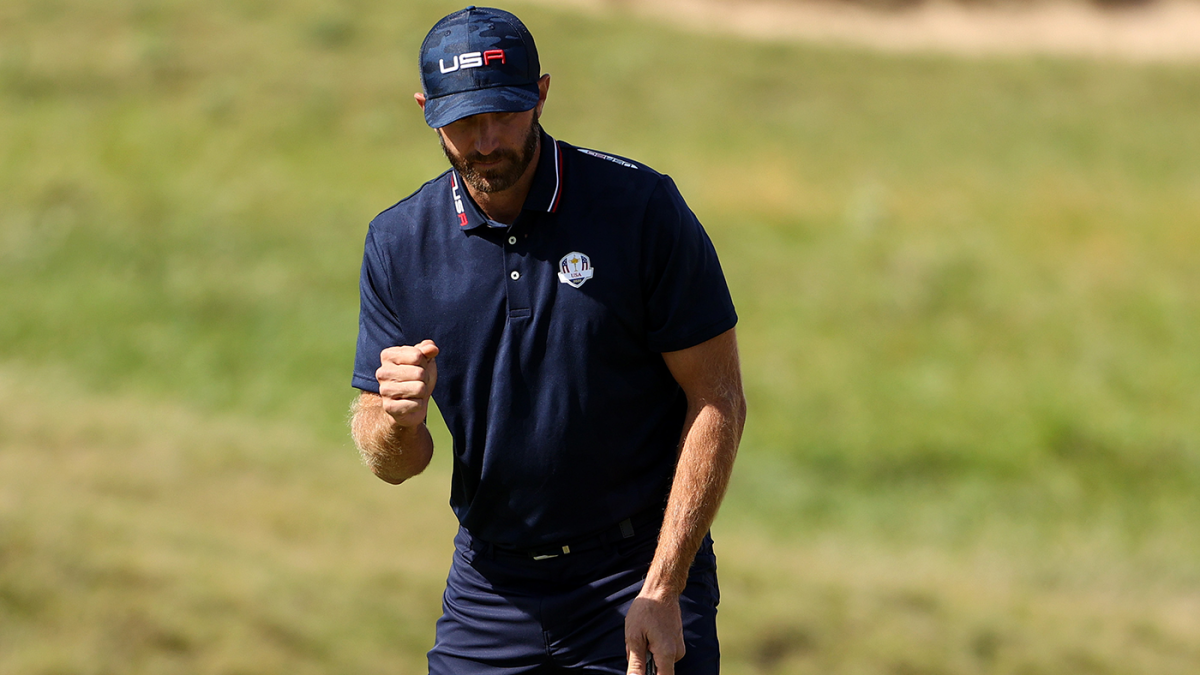 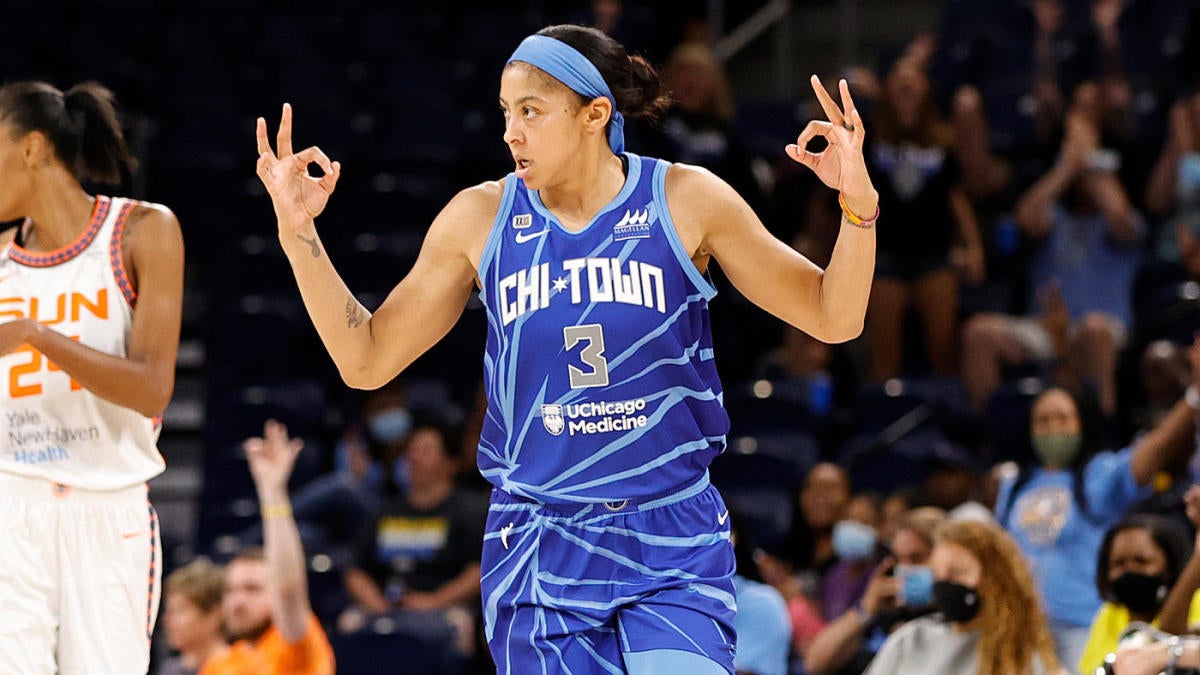 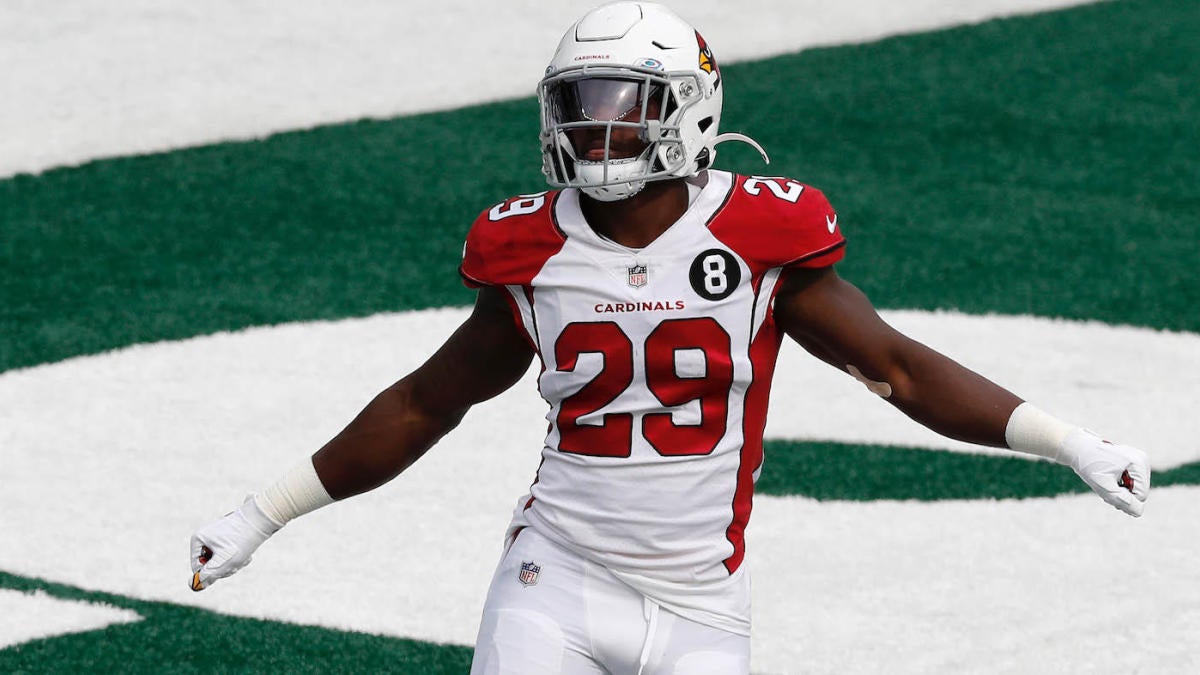