It’s Tuesday. We’ll look at how new supertall buildings have revealed shortcomings in the city’s approach to building-code enforcement. But first, what to expect from the weather.

It’s going to be a wet, messy, windy day as a menacing early-season Nor’easter pounds the region. “We’re looking at a long-duration event,” said Brian Ciemnecki, a forecaster with the National Weather Service, explaining that rain will soak the city through the day and wind will whistle on into Wednesday.

But he said this storm would not be as devastating as the torrent from Hurricane Ida last month that included a fierce, three-and-a-half-inches-in-one-hour burst.

The Weather Service recorded 1.12 inches of rain in Central Park by 4:30 a.m., and a flash flood watch will remain in effect until Tuesday evening. The forecast also calls for wind gusts of 40 to 50 miles per hour, especially along the coast, raising the prospect of downed trees and power failures.

Both Gov. Kathy Hochul of New York and Gov. Philip Murphy of New Jersey have declared states of emergency. And in New York City, officials issued a travel advisory, warning people who “must move about” to be careful. City officials also advised residents of basement apartments — whose vulnerability became starkly apparent during Ida — to be ready “to move to a higher floor during periods of heavy rain.” At least 43 people across New York, New Jersey, Pennsylvania and Connecticut died as Ida drenched the region.

In effect until Nov. 1 (All Saints Day).

The safety implications of supertalls

“Supertall” apartment buildings, the thin towers for the ultrarich in the blocks just south of Central Park, have remade the Manhattan skyline in the last few years. They are gleaming and new, but they are covered by old rules and regulations — requirements written when apartment houses were constructed the way prewar buildings had been. Some building-safety experts are concerned that outdated building codes could be inadequate, even when they are followed precisely.

I asked my colleague Stefanos Chen, who spent 10 months looking into supertalls and building codes, to discuss the city’s system of regulations and the implications for safety.

You found that none of the supertall buildings on Billionaires’ Row in Manhattan had a final certificate of occupancy, the document that says the building complies with the city’s codes and standards. How can the developers sell the apartments and let people move in?

So the city decided that as soon as they get the T.C.O., that should be good enough to say that the building is safe and can be occupied. The T.C.O. was supposed to be a very high standard to begin with, and — credit to the city — New York certainly does more than many municipalities on building safety.

In the case of these eight supertall buildings, some of the items are things that you’d be concerned about, life-safety systems — sprinklers or plumbing or elevators that have not gotten final sign-off from the required experts. All of these systems are vital in case of a fire or other emergencies. They’re not minor.

You could find buildings that have gone for sometimes more than a decade just renewing these temporary certificates. T.C.O.s are supposed to be renewed every 90 days. You could go years where you are renewing a T.C.O. four times a year.

The system really relies on the idea that it’s in the developer’s interest to keep doing what they’re supposed to do. Otherwise, they can run into insurance issues, they could run into financing issues — banks won’t want to finance a problem building.

And there isn’t any direct penalty from the Buildings Department for not obtaining the final C. of O.

In the three weeks since we published a story I wrote about supertalls, the Buildings Department has proposed a new, voluntary program for major construction projects. The agency says this will improve safety and efficiency “from the initial application filings all the way to the final signoffs of the completed project.”

The complexity is not only in the height, but in the ways these new towers are built differently than more conventional apartment buildings. Glass facades are different than sturdier brick facades. I spoke with one professor who was an expert on the Grenfell Tower in London, the residential tower that burned in 2017. One concern he’s had for years is that a glass curtain wall behaves differently at high temperatures in a fire than, say, a more substantial brick facade.

And that’s without considering that new, taller buildings have much more open floor plans than residential buildings used to have, which could make it easier for a fire to spread.

Thomas Kenniff, the Republican candidate for Manhattan district attorney, wants to revamp “misguided criminal justice policies that embrace criminals at the expense of victims.” Like Commissioner Dermot Shea of the Police Department, Kenniff blames a 2020 bail reform law for spikes in certain categories of gun crime.

Kenniff’s opponent — Alvin Bragg, who won the Democratic primary in June — has a big advantage in the race, given that Democrats far outnumber Republicans in Manhattan.

Hank Morris has been doing the theater-world equivalent of going door to door in a political campaign, dropping by theaters and telling people standing in line about his musical comedy.

“What people find most interesting is when you say, ‘Andrew Cuomo is the principal antagonist, and this was before recent events,’” Morris said.

Yes, this is that Hank Morris — the political consultant who pleaded guilty in 2009 in a multimillion-dollar kickback scheme involving the state pension fund. Cuomo, the state attorney general at the time, brought the case. The “recent events” Morris referred to included Cuomo’s resignation in August amid sexual harassment allegations.

Unlike Alan Jay Lerner or Oscar Hammerstein II, Morris is not listed by name in the credits. They say the book for the show, “A Turtle on a Fence Post,” is by Prisoner 11RO731, Morris’s number for the two years he was an inmate. With music by Austin Nuckols and lyrics by Lily Dwoskin, “Turtle” opens tonight in previews at Theater 555, at 555 West 42nd Street.

“It’s a fictionalized story of what happened to me,” he said. “I think I was a poster boy for what happened when you didn’t do what Andrew Cuomo wanted you to do, which was I wouldn’t work on his campaigns.”

He also said the show made the case for parole reform. Morris won his release after a parole hearing ordered by a judge who said he should have been released sooner.

Theater people are “much nicer,” he said. “Nobody’s trying to elbow anybody else.”

It was spring 1982, and I had recently moved to the Upper West Side. I had brought my beloved clock radio, a gift from my mother in 1968, with me.

After unpacking, I discovered that, sadly, it was no longer working. I took it to a repair shop a few blocks away.

The man there looked it over carefully, tweaking its buttons. After a moment he announced regretfully that he could not fix it.

I awaited my instructions eagerly.

“Make a right out of the store,” he said. “Go to the corner and make a left. When you get to the end of the block, you’ll see a trash can. Drop it in.”

Sinema confronted in airport for second time this month, ‘Don’t touch me’ 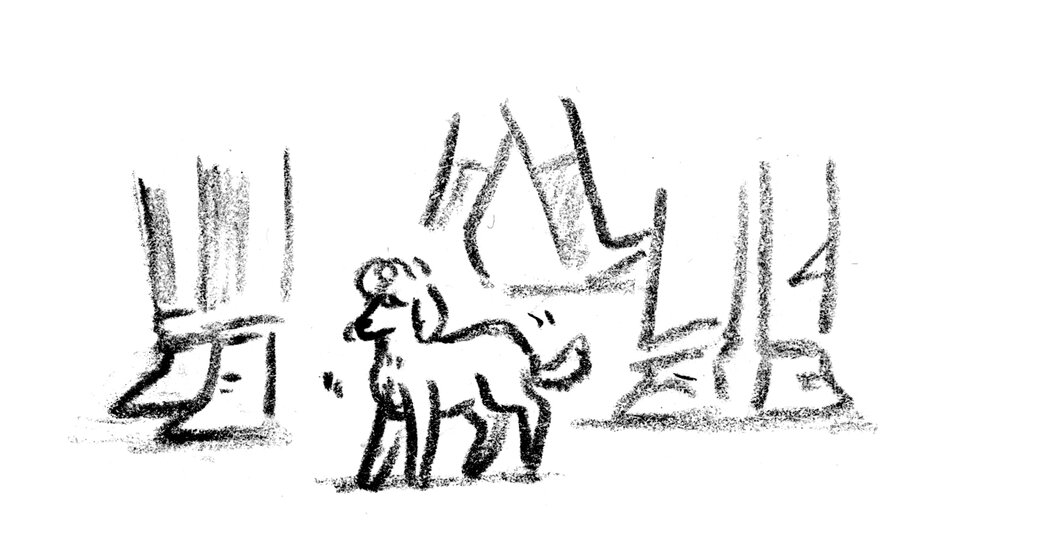 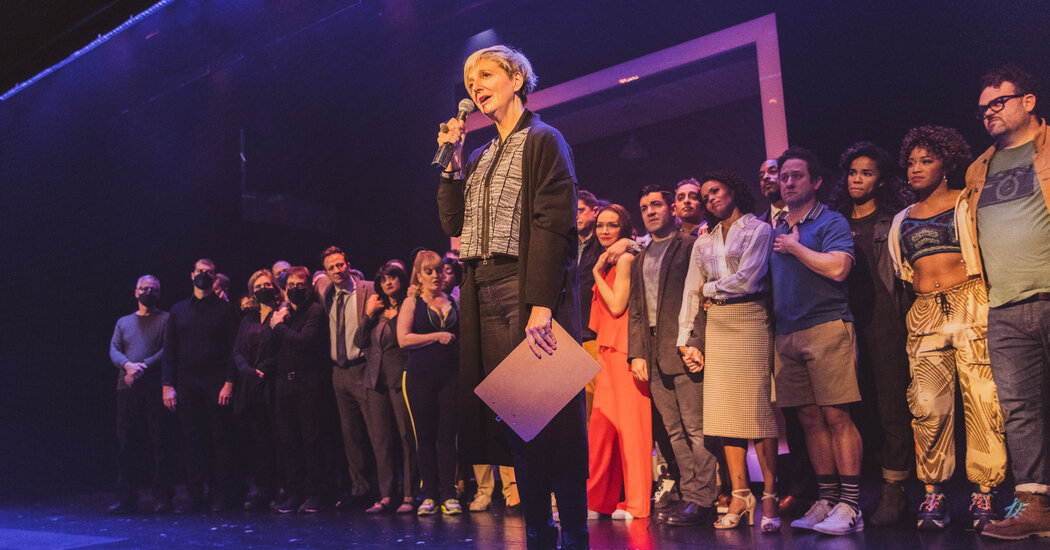 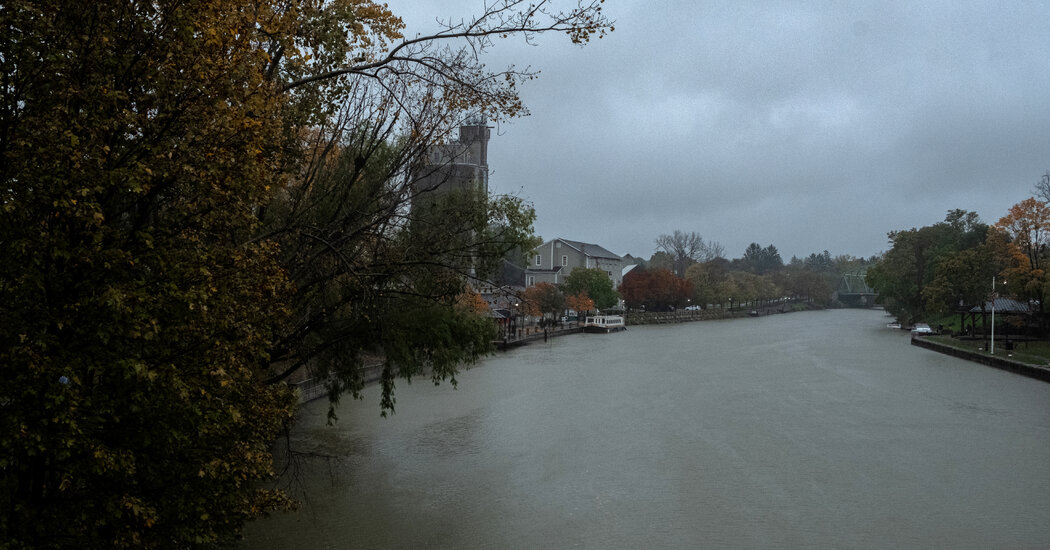 Maya Lin’s Dismantled ‘Ghost Forest’ to Be Reborn as Boats