The Chicago Sky used an 11-0 run late in the fourth quarter to push past the Phoenix Mercury and win their first WNBA championship.

Candace Parker of the Chicago Sky drives to the basket against the Phoenix Mercury during Game 4 of the 2021 WNBA Finals on Oct. 17, 2021 at the Wintrust Arena in Chicago, Ill.
(Photo by Barry Gossage/NBAE via Getty Images)

Candace Parker picked up the final rebound on an off-the-mark 3-point shot by Brittney Griner and ran the ball to the other end of the court to celebrate bringing a championship to her hometown.

Parker hit a three-pointer to tie the game at 72 with 1:57 remaining. She was in tears talking with ESPN’s Holly Rowe as she discussed bringing a championship to Chicago.

“Everything that this team went through the entire year prepared us for this,” Parker said. “We were down nine, we were down 11, we just gotta stay with it, and that’s what we’ve done all season. I’m so proud of this group. I’m so proud of this group with our fight, next man up mentality. I mean [Stefanie Dolson] coming in and having those layups. [Courtney Vanderslooot] doing what she does all year, I mean [Allie Quigley]. … It’s amazing.”

Parker, who signed with the Sky in the offseason after spending 13 seasons with the Los Angeles Sparks, finished with 16 points, 13 rebounds, five assists and four steals.

Quigley led the way with 26 points and made five 3-pointers. Vandersloot and Kahleah Copper each added 10 points. Azura Stevens had eight points and three rebounds.

Kahleah Copper (2) of the Chicago Sky drives to the basket against the Phoenix Mercury during Game 4 of the 2021 WNBA Finals on Oct. 17, 2021 at the Wintrust Arena in Chicago, Ill.
(Photo by Barry Gossage/NBAE via Getty Images)

The Mercury missed a few easy buckets down the stretch that allowed Chicago to capitalize.

After Griner scored with 4:42 left to put Phoenix up 72-65, the Mercury missed their next nine shots. Diana Taurasi stopped the bleeding when she hit two of three foul shots after being fouled on a 3-pointer.

Diana Taurasi (3) of the Phoenix Mercury drives to the basket against Kahleah Copper (2) of the Chicago Sky during the first half of Game 4 of the WNBA Finals at Wintrust Arena on Oct. 17, 2021 in Chicago, Ill.
(Photo by Stacy Revere/Getty Images)

Vandersloot answered with a 7-footer.

Copper was named Finals MVP. She averaged 18.6 points per game during the postseason.

For the Sky, it’s the franchise’s first-ever WNBA championship. The team had lost to the Mercury in the 2014 WNBA Finals and hadn’t reached the finals again until this season.

Chicago was in the playoffs for the third consecutive season. In 2019, the team was bounced after the second round and eliminated after the first round last season.

James Wade, the 2019 WNBA Coach of the Year for the Sky, picks up his first ring as a head coach. He previously was an assistant for the San Antonio Stars and Minnesota Lynx.

What to expect at Apple's MacBook event 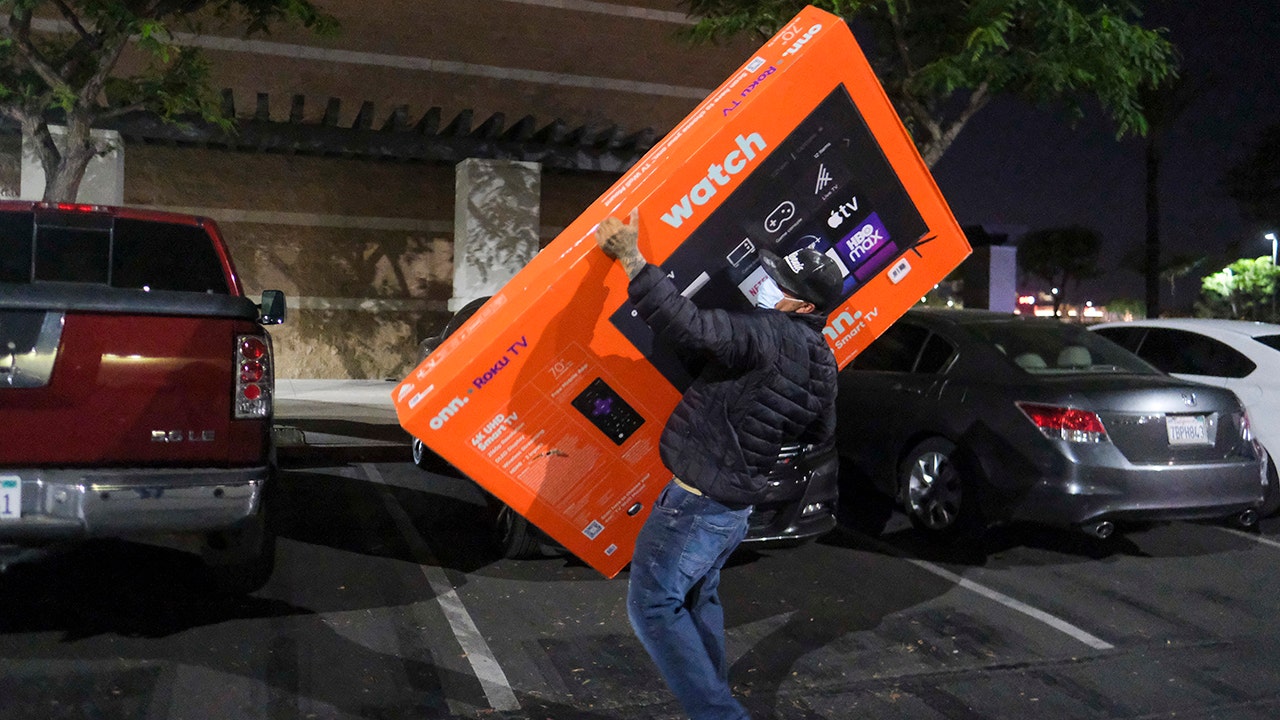